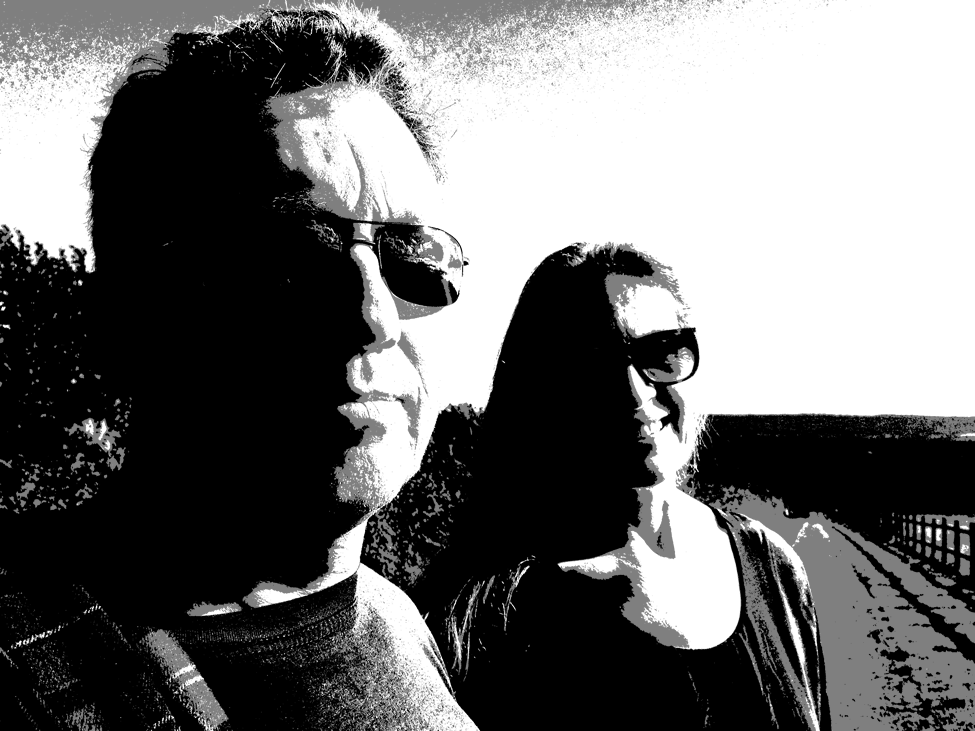 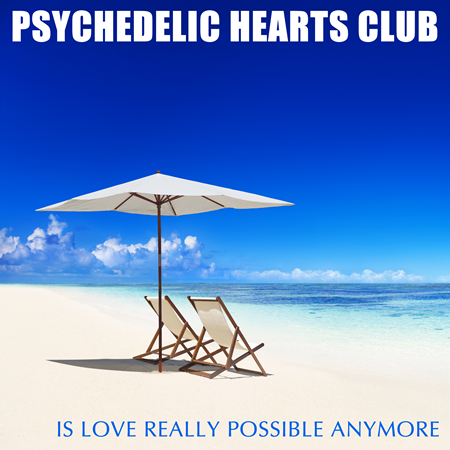 'Is Love Really Possible Anymore' is now available on BandCamp... 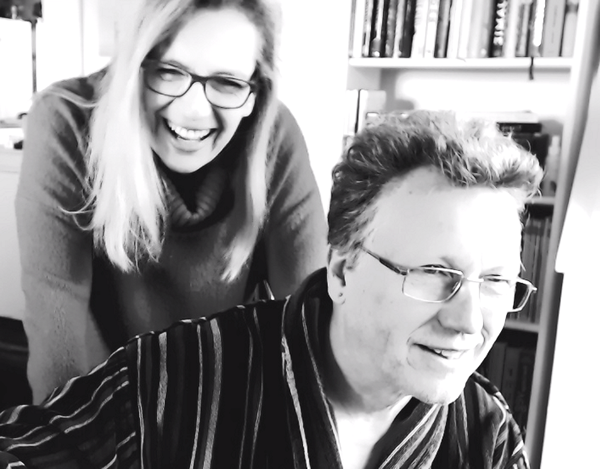 We've been able to spend a lot of time concentrating on music during lockdown - about to rehearse the second half of our set later today...

We're pleased to announce our music is now available on BandCamp... 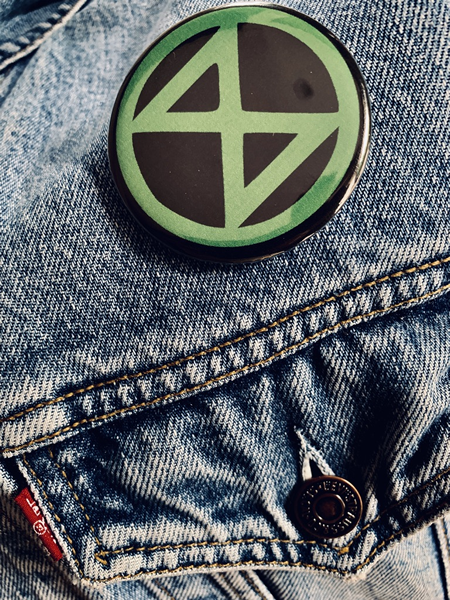 This tune was written last year and was inspiried by Greta Thunburg, Vanessa Nakate and other far-sighted climate activists all over the world.

The quality of acts that appear at this tiny village hall venue is off the scale.

Mike Farris won us all over from the minute he arrived at the gig. An outgoing larger-than-life man, a unique charactor with an authentic soulful voice that celebrates his humble Tennessee gospel roots.

The last artist to impress Simon as much with a one man show was singer/songwriter Jimmy Webb.

The Cinelli Brothers at CLMC

This was a great night - the Cinelli Brothers at Coolham Live Music Club !

Then just as you think you know what they are about they play an old school jazz blues tune with real authentic vibe - great inspiring live music.

My first pro band was a four piece pop rock group called Stagefright who were based in the West Midlands in the late seventies.

Our drummer Mark Payne was a massive Fairport Convention fan and he idolised both drummer Dave Mattocks and bass player Dave Pegg.

A pleasure to finally meet Dave Pegg after all these years - a gentle humble man.

Simon first met Fairport Convention violinist Ric Sanders when he was a drama student in Birmingham in the 1970's. Ric later worked with Lee jones and Simon on Lee's 'Songs From The 13th Hour' album.

He originally was introduced by a very old friend and bandmate of Simon's, James Little AKA 'Energi' from punk band Spizz Energi. They had an eighties hit with punk anthem 'Calling Captain Kirk'.

Kirk Fletcher has always been an inspiration as a guitar player.

In December 2019 I had been teaching a student some material from Kirk's TrueFire TrueHeart Blues Rhythm Guitar course and casually checked Kirk's web site for information on live dates in the hope of seeing him play live during 2020. I was surprised to find out that he was appearing a few weeks later in London on a Sunday in January and at some place called Coolham Live Music Club on the Saturday before.

I Googled 'Coolham' and was amazed to find it was 20 minutes drive away from PHC HQ in Sussex !

Long story short got some tix and went to the show orgainsed by blues enthusiasts in Sussex. Hung out with Kirk after the gig, lovely guy and a great blues guitar stylist.

We had a lot of fun making a return appearance to CwmFest 2019... 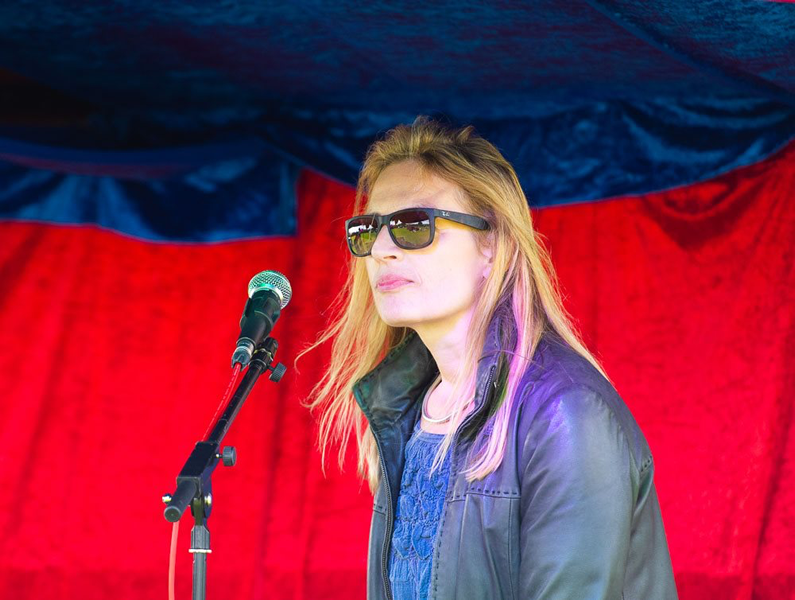 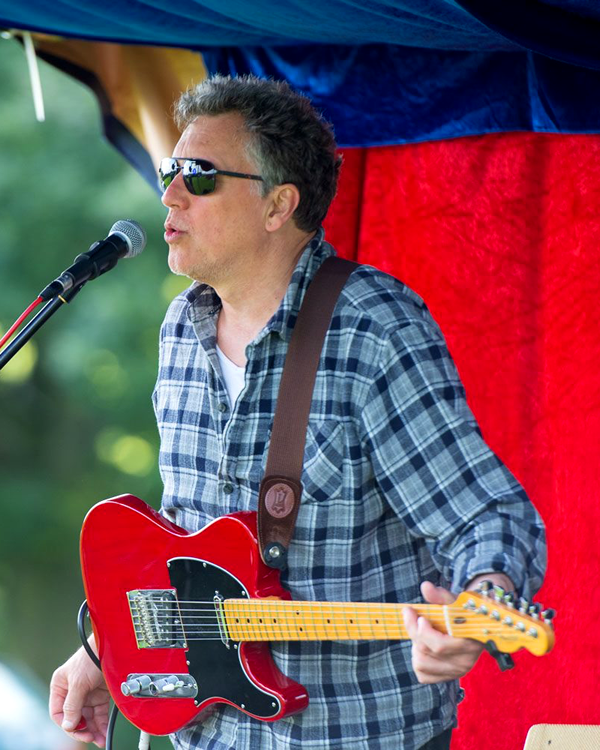 Great to see family and friends. The new bar hang out area was excellent and should become a regular feature at the festival... 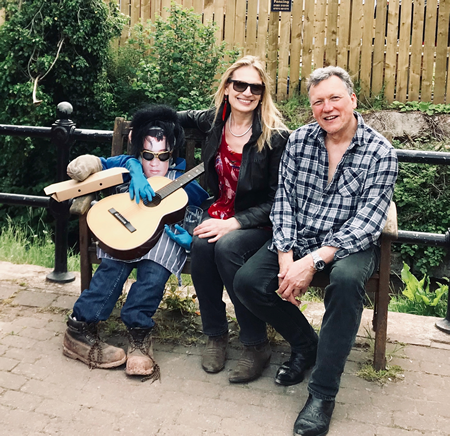 We had a great time playing at The Temple Bar as part of the Eywas Harold Festival of Arts on Monday 27th May, 2019...

We ended up kicking off at around 3.00 PM and and sadly were not joined as originally planned by James A Little (formerly Energi of 80's punk band Spizz Energi and former head of Sony Publishing UK) who couldn't in the end make it due to family commitments...

We're very pleased to be making a return appearance at this Herefordshire Arts Festival, playing at The Temple Bar in Eywas Harold on Monday 27th May, 2019...

We will be kicking off at around 2.30 PM and we will have a special guest. James A Little, formerly Energi of 80's punk band Spizz Energi and former head of Sony Publishing UK, will be dropping in to accompany us on a few tunes on bass... 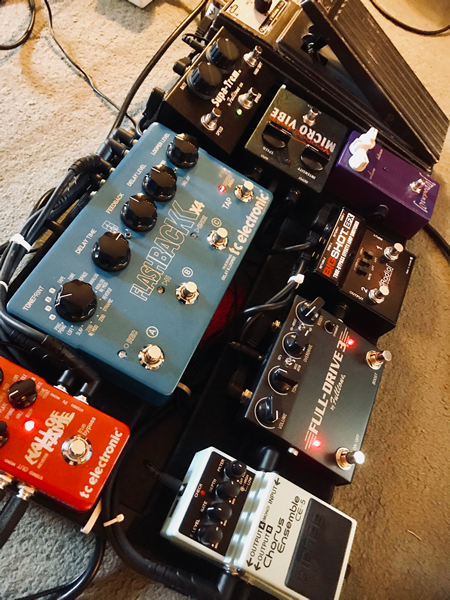 Pedal boards can get very scuzzy if left out in a studio or rehearsal space. I have been using mine for the past few years with Psychedelic Hearts Club and it desperately needed cleaning and rewiring.

Spent a couple of hours on it today cleaning each pedal in turn and then redoing the signal path and power supply wiring.

Looks and sounds a lot better now ! Will try using it again in stereo with my Yerasov GTA-15s on Psychedelic Hearts Club gigs and use my Roland Blues Cube Artist set up for teaching... 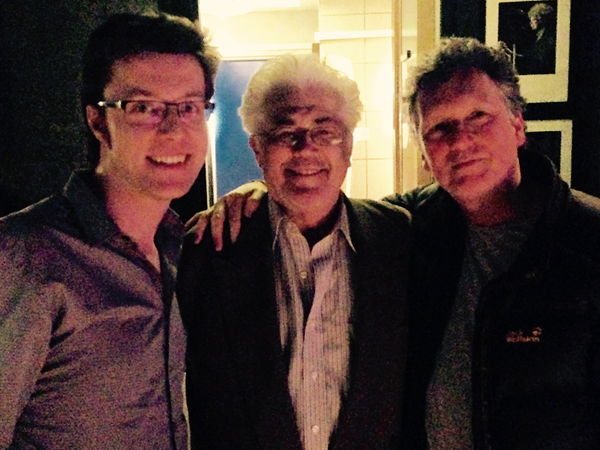 I first became aware of Larry Coryell and The Eleventh House when I was 18 or 19 years old and getting into the jazz fusion of John McLaughlin and Mahavishnu Orchestra.

I later really got into Larry's playing listening to his 'Spaces Revisited' album which also featured guitarist Bireli Lagrene, (former Mahavishnu Orchestra) drummer Billy Cobham and the amazing Richard Bona on bass. I really enjoyed the guitar interplay between Larry and Bireli. At the time I was producing an album with jazz guitarist Lee Jones and I suggested he listened to this album as a source of possible inspiration.

Later while working on Lee's second album 'Songs from the 13th Hour' we were looking for a guitar player to duet with Lee on a track that was probably inspired by 'Spaces Revisited'. We approached Larry and he was happy to be featured on Lee's album.

Larry visited UK in late 2016 and played a couple of nights at London's Pizza Express. Lee & I attended the gig and hung out with Larry afterwards. He was very complimentary about Lee's playing and writing.

Around this was time (and having recently turned 60) I was contemplating a return to live music. I'd spent the previous 5 years working an annual 72 show theatre reading gig on guitar & bass, (working with the brilliant Music Director Rab Handleigh).

Larry was incredibly supportive and told me to go for it. His encouragement in part lead to the formation of the Psychedelic Hearts Club...

Lee & I were both very sad to hear of Larry Coryell's sudden passing in February of 2017. A hugely important and influential musician and a nice man - RIP Larry.